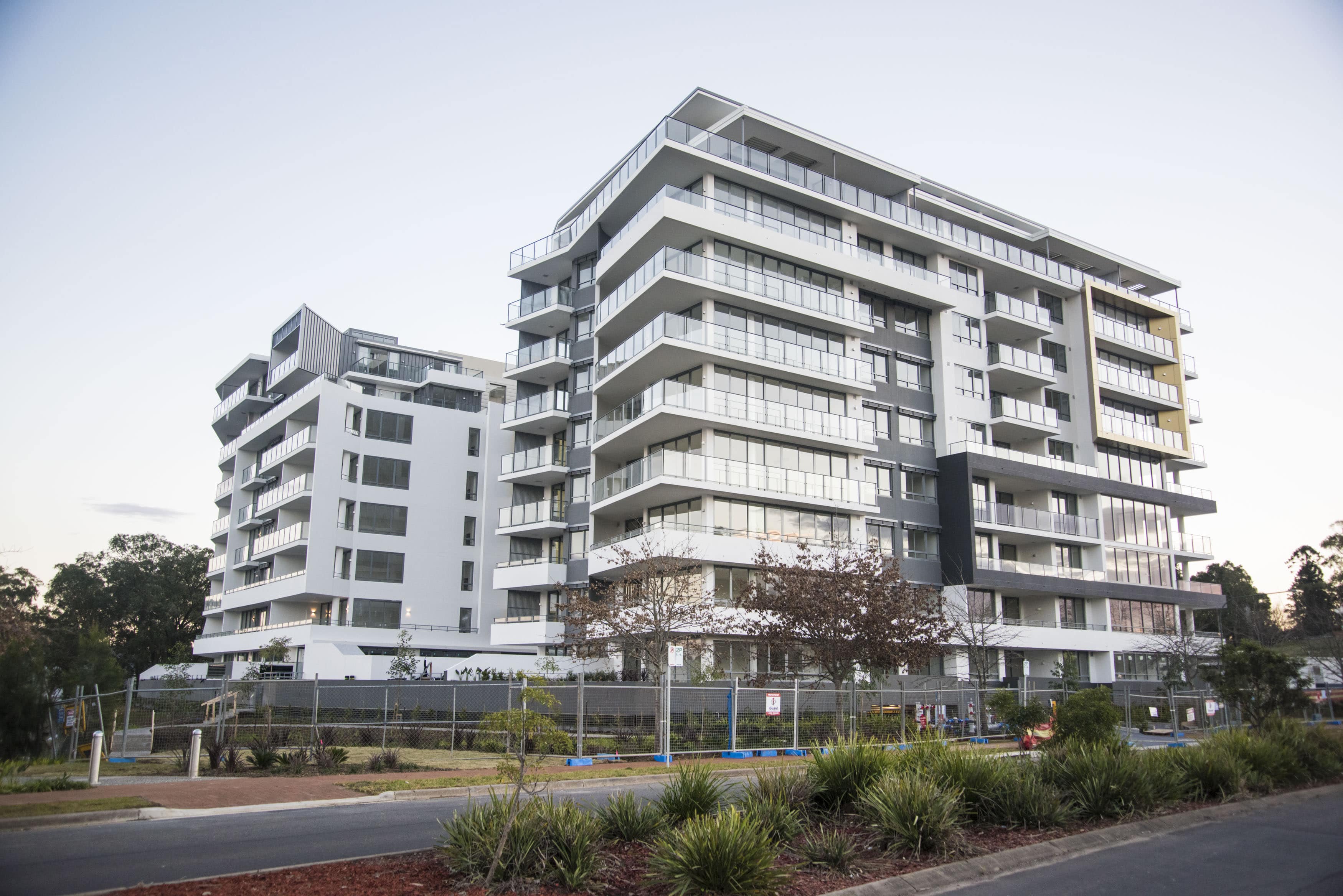 As your apartment project moves towards completion with stock left to sell numerous lenders are now mandated to offer developers cost-effective residual stock funding.   With the widely publicised decline in sales and completion of sales contracts sometimes falling over developers will often require short term funding.

This funding is usually required to repay construction debt and allow sufficient time to achieve sales of completed unsold stock. Residual stock loans can allow developers to move onto their next project without compromising sales prices.

This week the government announced a 3 city plan. These 3 cities will be fully functioning cities connected by major transport & infrastructure projects by the year 2056. These cities include:

As outlined by the Greater Sydney Commissions map of a future Sydney, It clearly shows which areas are going to directly benefit via mass-transit projects, highways & their given timeline for the project. While some areas such as those around Badgerys Creek are going to benefit greatly, areas with current social-economic disadvantages & getting the short end of the stick, particularly around the Fairfield, Liverpool & Blacktown Local Government Areas which have some of the highest disadvantaged suburbs in NSW.

While it could be argued that having a Western City built to the west of them would benefit their job situation, it is quite clear that the airport itself is further away from the Sydney CBD both in distance & in the time taken to get there by current public transport.

To the contrary, the future looks great for the Greater Parramatta region which is set to benefit from a variety of infrastructure which will cement its place as Sydney 2nd CBD & facilitating the plan clearly shows Parramatta becoming the next central with the amount of public transport which will come through the suburb. Already NSW’s 4th business station, if trends continue then it should be well on its way to becoming the 2nd busiest by the time the Greater Sydney Commission’s plan is realized in 2056.

Future links to cement Parramatta as the New Central Include:

The Harbour city which consists of the Sydney CBD and surrounding area’s looks to further cement its place as the financial capital of Australia with a focus on finance, fin-tech & innovation. It looks to strengthen in the global economic corridor which runs from Sydney airport & Port Botany through Green Square then onto the innovations hubs of Redfern & the Bays precinct then importantly into the Sydney CBD which from there the corridor continues over the harbour to North Sydney, St Leonards, Chatswood & finally to Macquarie Park.

A significant amount of density is set to rise around Mascot & Green Square, as well as around Maroubra & Eastgardens. There will also be a line of major infrastructure projects which include:

While this plan is solid, it will clearly lead to a disadvantage for people who live in the Western City & commute to the Harbour City and vice-versa. In a perfect world the “30-minute city” as it has been dubbed would be just that but in a world of high property prices pushing commuters further out away from the major CBD & a majority of the high-paying technical jobs being located in the Sydney CBD, it could actually make the situation worse, however, its greater to see planning & transport come together for the first time in NSW to promote a proper 40-year vision for Sydney.

In order for a plan like this to work, it must be stressed that infrastructure & transport be put in before people & businesses move in. An example of the chaos this can cause is Wentworth Point being the most-dense suburb in NSW yet having one road (Hill Road) in & out of the suburb where only recently was the Bennelong Bridge opened, however, the point stands that infrastructure services & transport must be put in before any major developments & population spikes occur.

New research showing Australia has risen to become the second largest alternative finance market in the Asia Pacific sends a strong signal to the world about the underlying strength of Australia’s fintech and business environment.

Findings from a joint study by KPMG, the Cambridge Centre for Alternative Finance and the Australian Centre for Financial Studies, released today, reveals that Australia’s alternative finance market size grew by 53 per cent from 2015 to 2016 and has now reached US$609.6 million.

According to the Second Asia Pacific Alternative Finance Industry Report, Australia has leap-frogged Japan to become the second largest alternative lending market (behind China) across the Asia-Pacific.

FinTech Australia CEO Danielle Szetho said the report’s findings showed how the Australian fintech industry – in areas such as invoice financing, balance sheet lending, peer-to-peer lending and crowdfunding – was servicing the nation’s strong economy and the needs of growing small and medium-sized businesses.

“The demand for our products and services is strong and our fintech lenders are rising to the challenge. This broad-based reports showcases the cumulative efforts of government and regulatory bodies like the Australian Securities and Investment Commission (ASIC) and Australian Prudential Regulation Authority (APRA) to support the accelerating momentum behind alternative finance in Australia,” Ms Szetho said.

At least 10 Chinese investors and developers who are yet to make their mark on Australia’s property scene are preparing to make an entry despite a recent slowdown in corporate activity driven by China’s upcoming National Congress and tougher foreign investment restrictions imposed by Chinese regulators.

“Australia continues to be a major investment destination for Chinese capital and many Chinese real estate companies are serious about having some footprint in Australia,” Mr Zhang said.

In a report called The Future of Chinese Residential Developers in Australia, JLL conducted analysis into the 10 largest residential developers yet to enter the Australian market.

Among the top 10 are Hong Kong-based Sun Hung Kai with a market capitalisation of $56 billion and Henderson Land, which recently paid a record $4 billion for a car park in Hong Kong. Other names include Evergrande and transportation business China Merchants Group.

“Some of the Chinese residential developers on this list are already showing interest in the Australian market or are involved in Australian industries outside of the residential real estate sector,” JLL senior analyst for residential research in Sydney and author of the report, Vince De Zoysa, said.

“We have already seen some of these firms enter Australia through other industries, in particular infrastructure. This allows them to establish a local presence in Australia in their core industry before moving up the risk and reward curve into residential development.”

A key driver for these developers will be the health of the foreign retail buyer market for new apartments in Australia. The federal budget changed the rules so that developers selling new multi-storey dwellings are now capped at vending 50 per cent of the total development to overseas buyers. Foreign owners will also start to incur a capital gains tax of 12.5 per cent when selling their main residential asset.

While Juwai.com has recently forecast Chinese buyers to spend $104.5 billion on global property this year, a significant fall from last year’s record high of $133.7 billion, Mr Zhang said that was not representative of a new wave of Chinese developers and investors.

“Australia continues to be a major investment destination for Chinese capital,” he said. “Australia’s average deal size is smaller than that of the US and the UK, which makes investing here accessible to investors of all sizes.

Chinese corporate activity has slowed recently as a result of the upcoming 19th National Congress to be held in October. The tougher foreign investment restrictions imposed by Chinese regulators on $US1 billion-plus deals are still in place. 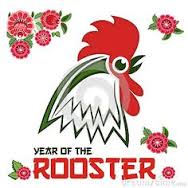 Knight Frank have just released a report into emerging trends of Chinese developers in Australia, the report shows statistically an insatiable appetite for site acquisition throughout the country. This long term trend is set to continue and it’s impacting local developers as they become the under-bidders and miss out on new sites.

The following are key takeaways from the report:

These statistics underpin the strength of demand for Australian residential assets. This interest driven by China is a net positive for our region as it ultimately results in increased economic activity which in turn creates jobs.

The hedonic home value index released by CoreLogic (Australia’s leading property data and analytic company) has been released for January 2017, in summary:

For the full report on the above statistics click here

The monthly update on Australian house and apartment values has been released showing some strong trends as we head into the end of the year. Property investment proved again in 2016 that it remains a reliable and profitable assett class outperforming the stock market considerably in 2016.

The key findings for November can be summarised: 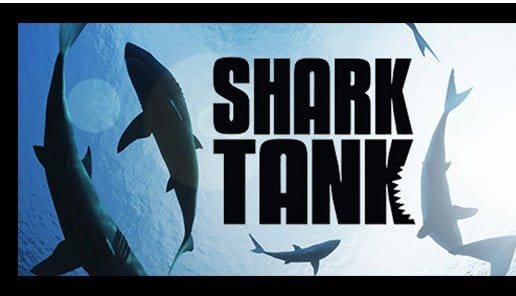 Late last year when I was up super early with my newborn I saw an ad for Shark Tank auditions on Channel 10.  Having just come up with the CPC business idea and website I thought what a great forum to launch this potential business into the world. So I filled in the forms, went through the audition process and got selected.

Fast forward to the day of filming I got the opportunity and went into the tank head first only to get eaten alive on the perceived investment risks being far greater than the offered returns. They initially liked the pitch but then it shifted and came across as preying on the little guy investors, the amount of editing and dramatisation assured the villain theme.

They then hated the business model as it was looking to use their reputation (i thought that was the reason people went on?) but apart from the grilling and the amount of editing I can honestly say the experience was amazing and well worth it. Not only have I tweaked the CPC business model but it has made me more hungry to succeed so I can prove the Sharks wrong.

In hindsight the CPC startup business was to early stage for the sharks, they want a tangible sure thing that’s already making money and they don’t want to work hard for it, why should they – they’ve already made their money.  Only a small lucky few startups get the funds most get ripped into for over valuing their business, chewed up and spat out for entertainment value.

I don’t want to discourage anyone from going on the show as the exposure you’ll get is huge but you must be prepared for failure. As Mark Bouris wrote in his article last year (click here to read his full article about Shark Tank)  – Australia needs more Entrepreneurs people willing to get up off their backsides and give it a good old Aussie crack. I believe the show needs to provide more to the participants in the form of genuine on and off camera business feedback but alas this doesn’t really make good telly.

I’m lucky  in a way that I will see this as a great talking point with colleagues friends and family, nothing is as good as providing  a self-deprecating source of humour. Time will tell if the exposure was worth it for the CPC business but one thing for sure I’m not going to die wondering.

The monthly update on the state of the national housing market has just been released. The key findings can be summarised as